NOTICE: There are only TWO weeks left in our 2022 Intro to Bomba class series! REGISTER to join us!

A Medium in the Family 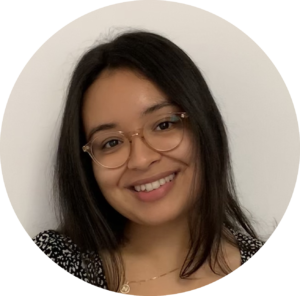 But in learning this, I have acknowledged that I don't have to fear magic as I’ve been taught to because there is magic in the ways my ancestors moved in the world.

The practice of spiritualism was never spoken about in my house. Catholicism was rarely discussed either, but there was an unspoken understanding that it was what we as Latin people were. I remember completing my first communion at ten years old, not really understanding why, but knowing that it was something I was supposed to do. So it came to me as a complete shock when I learned there was a medium in the family. The story of his life was mentioned to me in a very casual and unexpected way, but in learning this information, I’ve come to see that Catholicism and spiritualism are very much intertwined in every day Latin American and Caribbean life.

As a history student and buff, I have taken on the role of historian for my family. I have a close relationship with my grandmother Dina, who is one of the eldest members of my mother’s side of the family and the first to immigrate to the U.S. Born and raised in Moyuta, a small municipality of Guatemala, my grandmother left the country without any family photographs or heirlooms. All the history that she passes down to me are in the form of stories. She typically narrates the story of her own life to me, but one day after having told her that I was offered an internship here at Raíces, she shared with me the story of my great-grandfather. It was almost as if she had forgotten about this unusual man and didn’t really think much of him. Little did she know that it would lead me to explore my own path to spirituality and magic.

The story goes that my great-grandfather, whose name was Francisco José García, was believed to have been born around 1881. His mother was a servant to a wealthy family in the department of Jutiapa and became pregnant by one of the sons of the family. Ultimately the pregnancy led to her being fired and Francisco was never claimed by his biological father. Luckily, there was another wealthy family by the name of García in the area, that decided to take in the young mother and her soon to be born son. As a child, to be able to go to school, Francisco was given the García surname by the head of the family. My grandmother claims that Francisco was an extremely intelligent man who studied pharmacy. Once when he encountered a visitor from Italy in Guatemala, he was able to describe to this man what his hometown looked like by just having read about the place. Aside from pharmacy, he was also able to operate and was known for having put a man’s nose back on his face after it was cut off . Also, in about 1916, he delivered a baby who was born without an anus and was able to surgically make one for the new born. He also cured his daughter of polio by giving her natural medicines and taking her to the sea and soaking her body in the salt water

Despite being a pharmacist and having learned extensively about medicine, Francisco additionally used his spiritual ability to help him in his career as a healer. He had a recipe book filled with different medicines. He would get these recipes from the spirits he would channel with other mediums in town. Francisco died around 1949, and 11 years later my grandmother and grandfather would buy a pharmacy called Farmacia San José. My grandmother had never received any formal training in medicine but she used Francisco’s recipe book to make medicine for her customers. My mother, who worked in the pharmacy as a child, recalls that all the townspeople would leave their houses in the mountains on Sundays to come down to the pharmacy to buy their medicine for the week. There are a few recipes that my grandmother still remembers such as la Essencia Maravillosa from which she would add a few drops in milk and give it to customers as a way to get rid of fevers, measles, and chickenpox.

I had a family trip to Guatemala coming up. It was going to be my first time getting to see the town where so many of my family stories take place. I arrived with a mission to get more information on this great-grandfather. My mother, who at this point had also become invested in the story of this relative, remembered that she had a cousin named Mari García. This cousin came to mind because she is one of the only people in the family that has a picture of Francisco. We were also hoping that she knew the whereabout of his medicine book. So we decided to pay her a visit. To our surprise she didn’t know much about Francisco’s medium abilities but she did share with us a few stories of his wife, Adela González de García. Mari remembers that Adela took her as a child to a meeting of mediums in town. The person who was leading the meeting kept saying that there was someone in the room who would not let them connect to the spirits. The person pointed straight at Mari, who at the time was just a little girl, and exclaimed that it was her. She was escorted out of the room so that the meeting could continue without her.

In talking more about these relatives she remembered that she had spent the last few days of Francisco’s life with him. Sitting next to his deathbed he told her stories about his life, but didn’t dare to mention anything about his spiritual abilities. In the end I walked away with more questions than answers. I was able to get a picture of both Francisco and Adela. They look like such normal people. They wear the same seriousness of all the faces photographed in their time. Never would anyone have guessed that they carried this secret. A secret that so many carry with them in Latin America and the Caribbean.

The way that my grandmother told me Francisco’s life story really gave me a different perspective on the belief systems in Latin America and the Caribbean. My first thought when I heard this family story was that Francisco used magic to cure his patients, but I realized just how casually my grandmother was telling me this story and it made me think that she didn’t look at it this way. My grandmother is an extremely Catholic woman. As a child we used to share a room and I remember falling asleep to her praying the rosary. So how can she have used magic in her pharmacy but still closely follow Catholicism which would deem Francisco’s gift as the devils work?

In trying to answer this question I had to take a step back from my own beliefs. Although I’m connected to my Latin roots, I was coming at this from a Western point of view. Growing up in the U.S. I’ve been taught, through the education system and just culturally, that there is always a logical reason for everything. “Francisco didn’t call on the spirits; he was just well read”. Or maybe he was just racking his brain for the answers when he thought he was calling on spirits. In Western society the idea of spirits and magic is thought to be satanic. Witches existed in Salem but they were burned when they defied the strict rules of Christianity. So the thought of using spiritualism in one’s career is unheard of. But then I thought of other instances in my Latin culture where aspects of spiritualism are used. Like how we give babies bracelets to protect them from the evil eye or the time I saw an exorcism on a Spanish news show, something that would never happen on American television. Latin and Caribbean people, despite the colonialism they have gone through, have been able to salvage some of their spiritual customs and practice certain aspects of it so openly that it is not seen as unusual. They don’t ever miss a Sunday mass, but they’ll still break eggs over the heads of family members who need protection. These small rituals are a part of the culture; they have been passed down from generation to generation. They are not seen as magical because they are common place and part of every day life. I, on the other hand, with my American perspective found the story of Francisco’s life to be magical. These are stories you see in movies, so I would never believe that I would be a descendant of a medium. But in learning this, I have acknowledged that I don’t have to fear magic as I’ve been taught to because there is magic in the ways my ancestors moved in the world. Francisco’s story is just one of many I may never know, but I’m now more open to learning about the taboo. I can tap into to the spiritualism of the family history shared with me even if my grandmother doesn’t see it that way. Francisco has given me the confidence to look beyond myself and reject the fears that have been inculcated in me by a society that sees the supernatural and unexplainable as wrong.