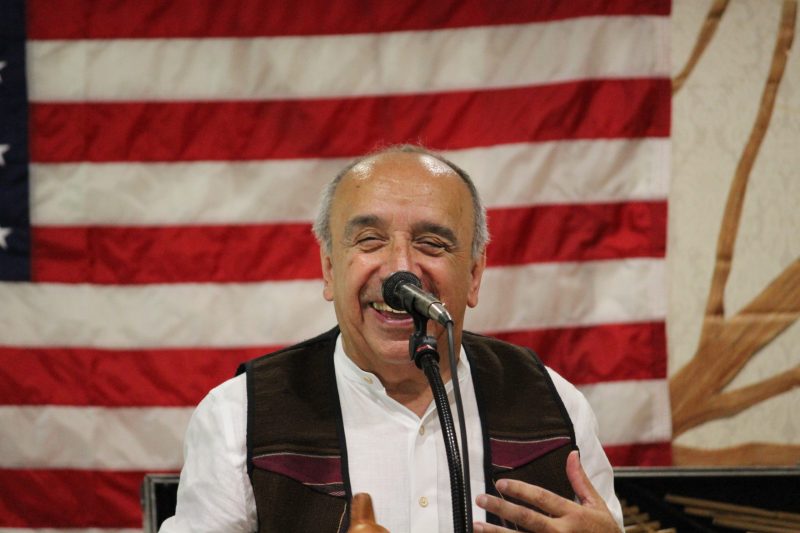 Andean Musician Pepe Santana shares with us his journey to preserve Andean culture through music.

“…if we don’t show what we are really we are losing, we are losing a lot. We are losing our identity right there. And we have to use our abilities, crafts, clothing, music, food, traditional celebrations whatever to show that we have a root, a cultural root.” 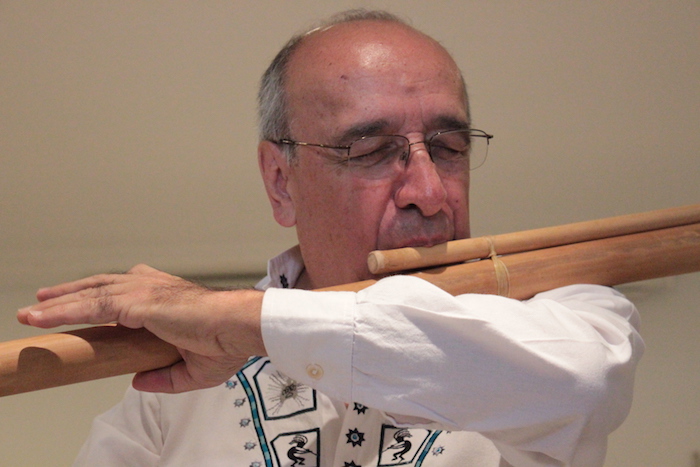 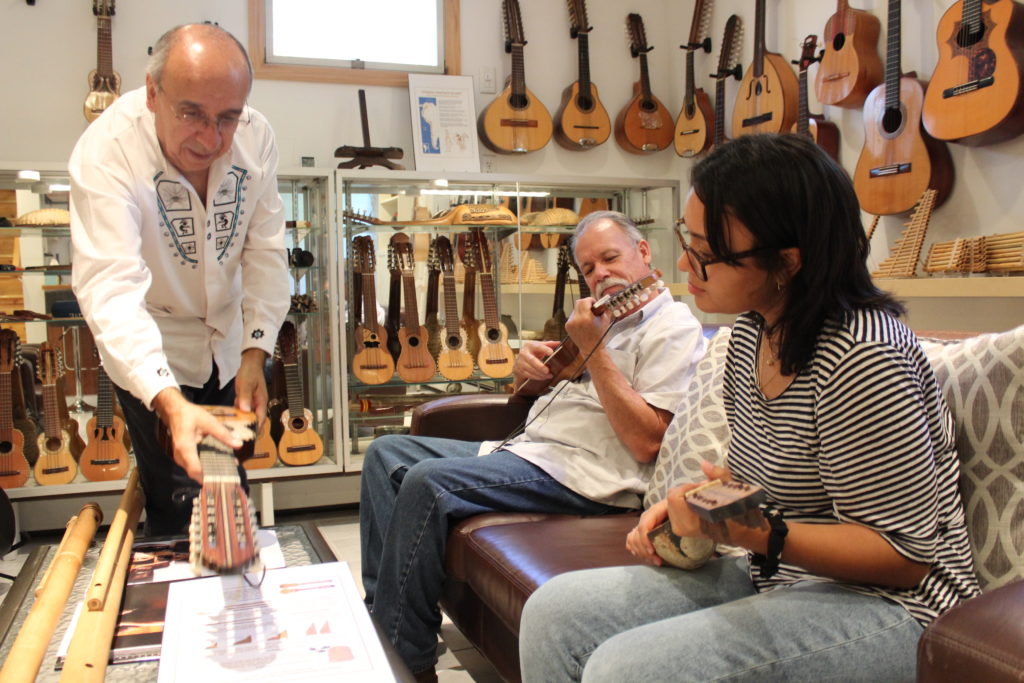 When asked to come on board to share culture in the Raíces Roots Music exhibition series, I was given a choice to work on a few types of traditional music. When Andean Music was mentioned, I was instantly curious. It was a region that I had never explored before in my research. When I listened to the music for the first time, I knew that I had made the right choice. The sound coming from my speakers was one that I had never heard before. It didn’t sound like anything I had ever experienced before. I hadn’t heard it played on any street corner nor heard it in the background of a film. The first word that popped into my head while listening was “survival”. This music sounded like it had survived, survived all the good years and the bad years. It had survived misunderstanding, neglect and under-appreciation. But as I would learn from interviewing Pepe Santana, a renowned Andean musician, this survival was thanks to the hard work of many Andean Musicians, whose main objective is to share their culture.

Pepe Santana was born in Ambato, Ecuador. He began to play music as a child and was particularly drawn to traditional Andean Music. He was so fascinated that he would make instruments out of cardboard to be like the traditional musicians he knew. From a young age Pepe knew that music was what he wanted to do with his life. As a teenager he was exposed to music from other parts of the world such as Bolivia, Peru, Colombia and the United States. Though he was open to learning from other cultures, he always felt true to himself. “Within myself I had my sounds. I felt happier when I played my music” (Santana). In the 1960’s Pepe immigrated to New York and shortly thereafter noticed that he could hear sounds from many different cultures but his own. That inspired him to become more serious about playing Andean Music. Pepe traveled to countries where Andean Music was played, and not only learned the music, but also how to make instruments. It has been clear from the start of Pepe’s career that he has always been invested in properly portraying Andean Music and sharing it with others.

Over the span of his career Pepe’s main goal has always been to preserve his culture by sharing it with outsiders. He has always tried to present it to people in a respectable and easily-accessible way. This is important not only for the audience, but for the performers and people of the Andes who share their culture. “There’s an element that’s very important in our tradition that we don’t want to disappear. It’s very important for our DNA as Andeans to preserve our culture, to preserve the elements, the roots of our culture, what we really are, and that is my task as a musician” (Santana). By sharing his culture, Pepe can help it survive.

“The veil between performer and audience was completely lifted. It quickly became evident that Pepe wasn’t there just as a musician but also as a teacher.” 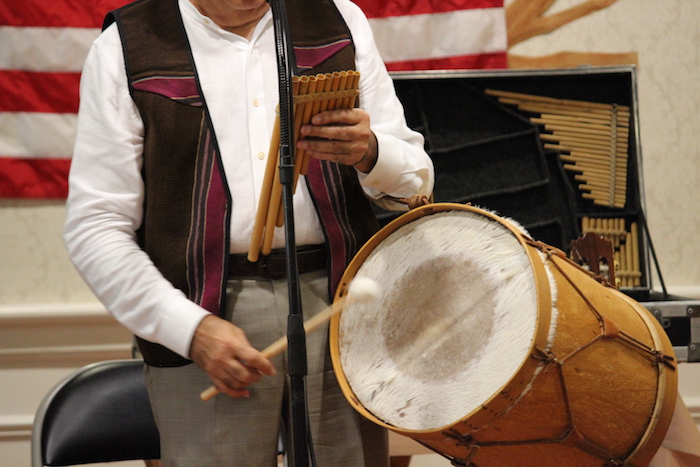 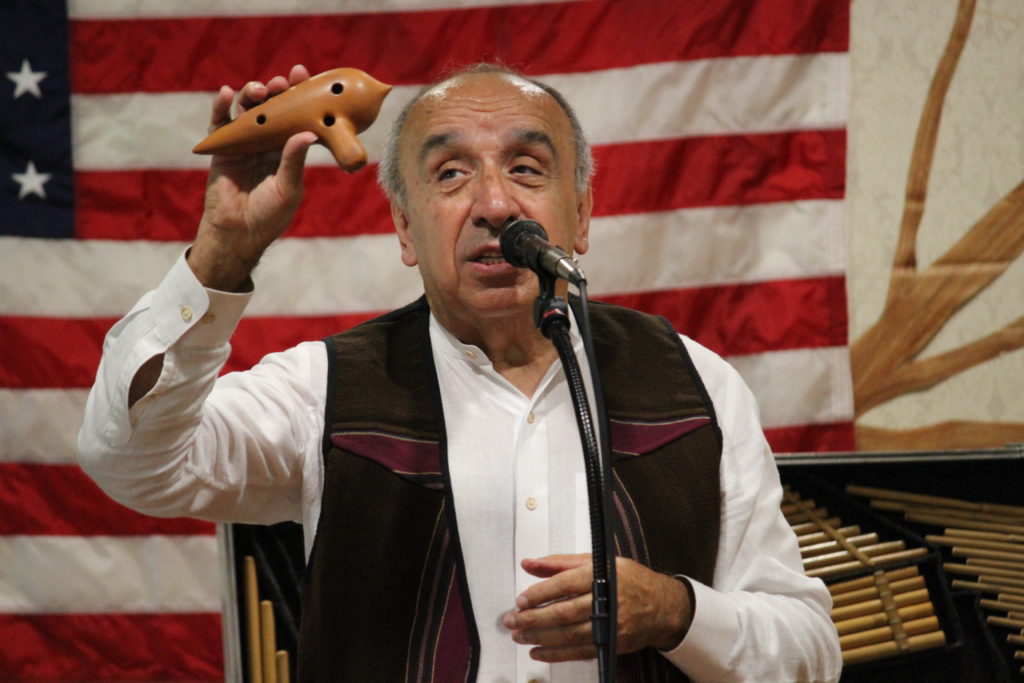 The more people know about traditional Andean Music ,the longer the tradition stays alive. He shares his music with people who before wouldn’t have had the opportunity to be exposed to it. To this aim, Mr. Santana works with a program called Music for All Seasons based in Scotch Plains, New Jersey. He performs at correctional facilities, shelters for battered women, hospitals and many other places. I had the pleasure of seeing Pepe perform at Whispering Knoll Assisted Living facility in Edison, New Jersey. During his performance, Pepe did something that I had not witnessed before. The veil between performer and audience was completely lifted. It quickly became evident that Pepe wasn’t there just as a musician but also as a teacher. He took the time to name all the instruments he played and to explain their origins. He also allowed audience members to touch and play his instruments. This is something that musicians don’t often do. Pepe says that it has become the trade mark of his performances, “If you are listening and performing this strange music and you explain a little bit more, I think its a better way to dialogue with people. It’s a better way to respect their intelligence too”. Pepe holds a core and unwavering belief that in sharing his traditional music he can better connect with people even if they are unfamiliar with Andean culture. To the Anglo-Saxon eye, Andean people can often be categorized as Native Americans. Pepe believes that Andean people, in trying to blend into the background, in not using or showcasing their unique abilities in crafts, clothing, music, and food, end up losing a lot. Looking around while Pepe performed I could see the audience soaking it all up. There were a lot of smiles and some dancing. Pepe had a woman play the drums and the energy in the room jolted. Pepe actually finds that when his presentation is over, the audience still wants to know more. People are excited to learn new things, not intimidated by them.

Curiosity is the spark that allows us to connect to each other no matter how different we may be. Just a little curiosity is enough to keep the conversation going. My initial thought when sharing culture is the conscious intention to not overstep boundaries and ask for culture to be shared when culture bearers are not willing to. I asked Pepe about his own learning process and how he was received by the indigenous peoples he learned to play music from. While traveling in Lima, Peru, Pepe went to a stadium to see programs they had of traditional mestizo music. Pepe went back stage to meet the performers and was met with excitement. The performers had not encountered other musicians who wanted to learn from them. There was a female singer who was so overjoyed by Pepe’s interest that she mentioned him on stage before she sang. “I wish that over here we could appreciate our music better. We have to have somebody from another country come over here and tell us that they love our music and they want to learn from us? Why don’t you do the same thing? Learn from us, appreciate us. We do have something to offer” (Santana). This deeply impacted Mr. Santana.

The lack of interest in traditional music by Andean people is something that worries Pepe to this day. In 1993, Pepe put together a festival called FestiAndes to properly highlight and display Andean culture. The festival, which took place in Waterloo Village, New Jersey consisted of stages for traditional music, mestizo music, Pan American music so that the festival goers could choose what type of music appealed to them. There were also animals for children to see, traditional dancing, food and artisanal crafts. Pepe feels that festivals often lack traditional music. He still finds that other festivals focus too much on modern music while largely or completely leaving out traditional music. These festivals do not cater to indigenous crowds and there would be no Andean culture without “true Andean people” (Santana). Tradition is taking a back seat to popular culture where techno-cumbia and reggaeton music reign. If there isn’t an interest in traditional music within the Andean community, then there certainly won’t be an interest outside of it. Pepe believes that the culture will be better appreciated by outsiders if those within the community take true interest and pride and learn about their own traditions. If not, there is a big risk of the Andean identity being lost. In showcasing traditional music, side by side, with modern music, Andeans can be true to who they are today while honoring their ancestors and culture. Modernity need not be sacrificed to keep traditions alive. Both can co-exist, and this is exactly where Mr. Santana sees the future of Andean music. By paying better attention to traditional music he believes that Andean music can be rescued. He also believes that Andean musicians shouldn’t fear mixing up tradition a bit to make the music more palatable. If more Andeans are aware of their tradition even if it isn’t exactly as it was practiced by ancestors, it still allows it to survive. Andeans can preserve their identity in this ever-changing world. 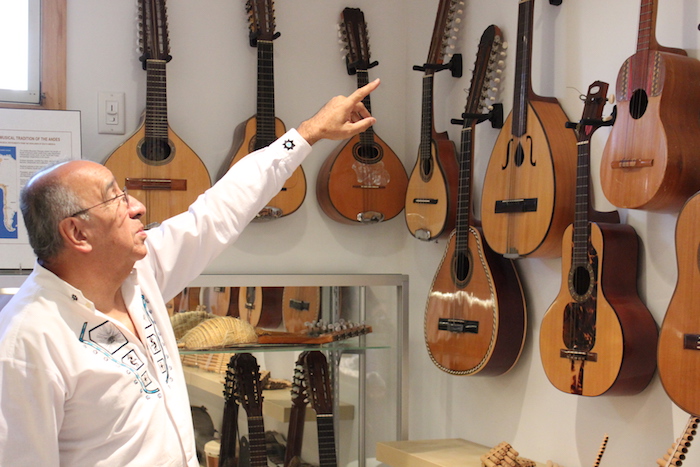 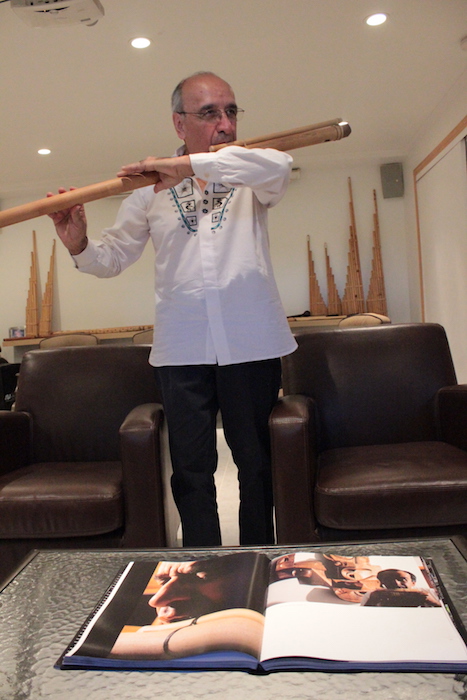 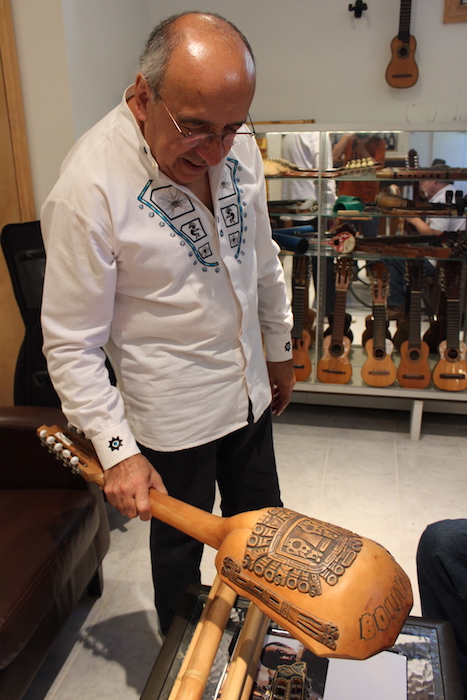 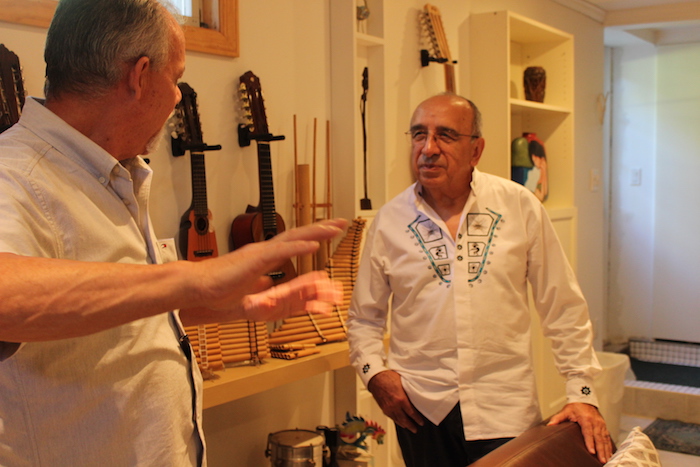 “Pepe taught me that traditions are sacred but shouldn’t be hidden from the outside world.”

In meeting and interviewing Pepe Santana, I have come to learn that traditional musicians often carry so much responsibility on their shoulders. They, like other musicians, have a passion for music, but more so, they understand how important it is to keep their traditions alive. They feel the urgency of sharing their music with the world in fear of it disappearing. Pepe taught me that traditions are sacred but shouldn’t be hidden from the outside world. After centuries of colonialism, many are unsure or afraid to share their culture for fear of it being taken away. But as Mr. Santana believes, in allowing others some insight to the culture some of the power lost can be regained. Exposure to the culture will bring acceptance and respect of the Andean indigenous culture. But, this can only come about if the indigenous people themselves have that pride and understanding.